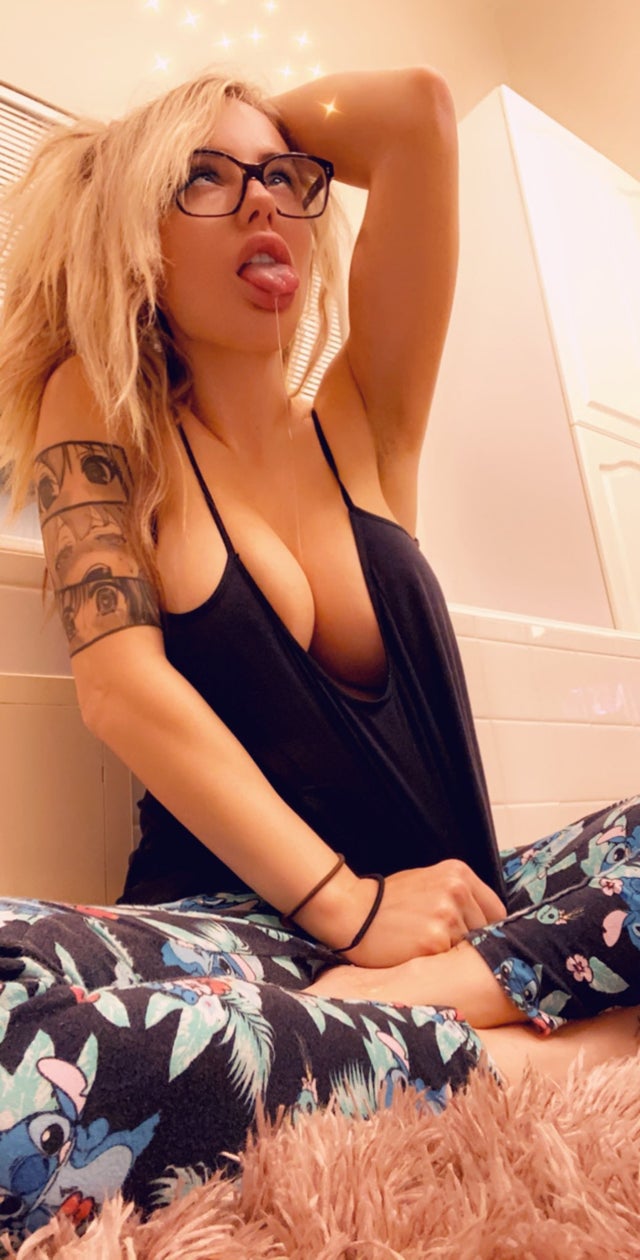 Owen loved animes and mangas. He not only liked them, he was literally obsessed by them! He even had a tattoo on his right arm with pictures of anime girls. His friends made fun of him because of that, but it didn‘t bother him much.

One day he got a message from his friend Kyle. It was a video of a cute girl doing an ahegao face. He texted: “Wow she looks hot! Who is she?“ Kyle texted back: “Aww thanks <3 But what do you mean? It‘s me dummy?!“ “Did you steal Kyle‘s smartphone? Are you his new girlfriend?“ He got no answer for some seconds and then Kyle sent him a link to an app in the App Store. “Here, check this out!“. Owen was a little confused but clicked on the link. It was an app called SlutSnap. On the preview images there were multiple girls doing ahegao faces. “Ah okay... That's where he got the picture from“ Owen thought. Curiously he downloaded and opened it. It looked like the normal SnapChat. He opened the filters to see if there were some special filter in this. As he choose one, which let appear stars over his head, he began to feel sick. He rushed into the bathroom but was so dizzy as he arrived in there, that he just sat at the floor against the bathtub.

He just barely noticed that his body began to change fast and drastically. His hair grew out and became blond and his face changed into that of a hot girl. His whole body becoming more and more feminine, while his dick slipped back into him, forming the female equivalent. The tattoo seemed to be unchanged. Her ass got bigger and fuller and on her chest two mounds began to form. They got bigger and bigger until she had big D-Cup breasts. Her clothes changed into a black top and leggings with a Stitch pattern.