In the holiday house 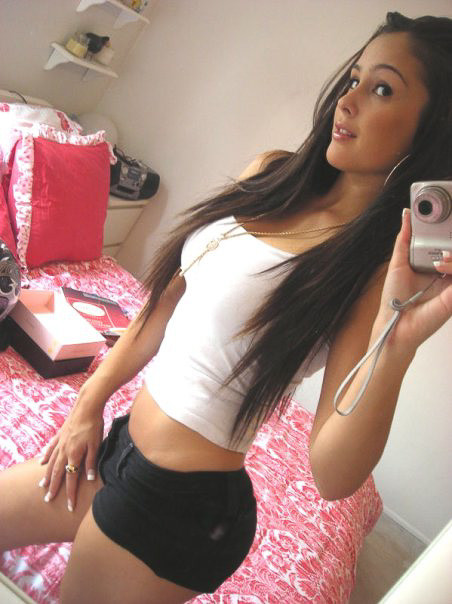 We were during the holidays in a holiday home of a "Landalpark" in the Netherlands. We, that was me, my little brother, my parents, and Kathy a friend of the family. I was good friends with her, but not as strong as in our childhood, when we were 6 - 12 years old. Now I was 16 and she was almost 18. Since I was in my puberty, it was clearly very nice for me, to have a girl with a gorgeous face and body near me most of the time. Logically, that I occasionally risked a look at her feminine features.

One night, I was still awake and playing on my smartphone, there was a knock on the door. The house was actually designed for 6 people instead of 5 and since my brother slept with our parents in their bed, I had a room for myself. I looked at the door. I opened and Kathy came in. But what was a bit confusing to me was, that she only wore a bra and panties. "Do not look like you've never seen a girl in underwear," she said. She did not say that in a reproaching tone but in a seductive tone, which surprised me even more. "Come here" she said. I got up and got slowly over to her. I only had boxer shorts on. Then I was right in front of her. Although she was almost 2 years older than me, she was a few inches smaller. She put her hands to my neck, pulled my head down a bit and kissed me. Instinctively, I put my hands on her hips. I felt her breasts pressing against my body and she also seemed to feel some pressure from me, but farther down. She let go of me and looked down. "There is a someone happy?" she said and looked at me. "Since we want to help a bit" she took off her bra and threw it somewhere behind her in the room. "I suppose you've never touched a girl's breasts before. Now you have the chance." I was still a bit perplexed, but when I looked her in the eye, I saw that it was an order. I reached out and touched her shapely female forms. And while I touched her and massaged a bit, I saw my hands get a little smaller and my fingers a little thinner. But I didn't had the time to think about that, as Kathy hugged and kissed me, dropped onto the bed and pulled me along.

I landed on her but we kissed on. Somehow the kiss suddenly felt different. Much more intense, and also my lips felt different. She touches my cheeks with her hands while kissing and I felt like she was not only touching me but pressing and deforming my face. She stroked my hair and it felt like she was dragging it out, but it didn't hurt. Then she let go of the kiss, rolled us over so that I was under her now and sat up so her legs were beside my body and she was sitting on my pelvic area, which squeezed my injured male body part slightly. She leaned forward and began massaging my chest. At first, I thought it was a bit strange, but over time it felt better and better and somehow there seemed to be more and more flesh, which she massaged. But the touch of Kathy felt so good, that I didn't had the power to look up. She stroked my arms and just like before it felt like her hands were doing much more than just touching me. She stroked my stomach and waist and it felt breathtaking. Then she moved slightly to the side to continue with my legs. She stroked my legs once and it felt the same as always, except that her touches made me arouse just as before. Then she drove over my legs a second time and it felt different, much softer like my legs are shaved. She continued with the massaging of my feet and it also felt very good, but it tickled a bit. Then I felt her move forward and pull my boxer shorts down a bit. She took out my more than stiff member and began to massage this too. It was kind of weird, I should have to come to orgasm by now, but it did not happen. But I felt as excited as never. It felt weird how she massaged my dick, somehow as if she wanted to push it into me and it seemed to work out somehow. With time I felt less and less of my little friend. I did not know what was going on right down there, but it felt very good. She turned me over. Somehow it felt a little unusual as I was laying on my belly. My Chest felt bigger and was keeping me more away from the mattress, but once again I had no time to think about it because now she was massaging my ass and this also felt so good and weird like the rest of my body. Secretly I had to admit that I have never felt so good as I did now. I felt her pulling up my boxer shorts and they felt different now. I only felt it above my ass and on the sides. But between my legs and in my couch there was nothing. It felt very flat.

Then Kathy turned me over again and brought her head to mine. I hoped she would kiss me again, but she just said, "That's what happens when you look at a girl's ass and tits all the time!" With these words, she got up and left the room. I jumped up and wanted to follow her and ask her what she meant, but somehow my body felt very unfamiliar and I felt a lot of weight on my chest. I looked to the side and saw the mirror standing there, only the person I saw in it was not the one I expected, but a 17-18 year old, brown-haired girl, with a sexy body, C-Cup breasts and a very sweet face wearing only a black panties. 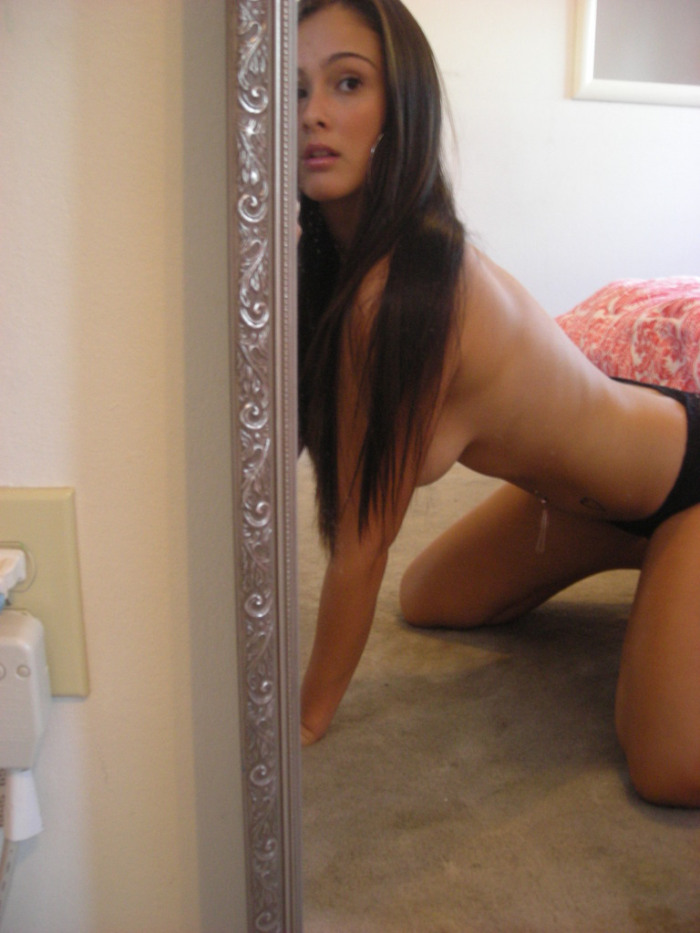 "Is that me?" I asked loudly, startled by my voice, which sounded very high and beautiful and was clearly that of a girl. That answered my question. I looked shocked and touched my body. It felt breathtaking in some way! Then I saw my camera, which was only one meter away from the mirror. I got it and took some pictures of me. First only tentatively, but over time I got more and more confident! 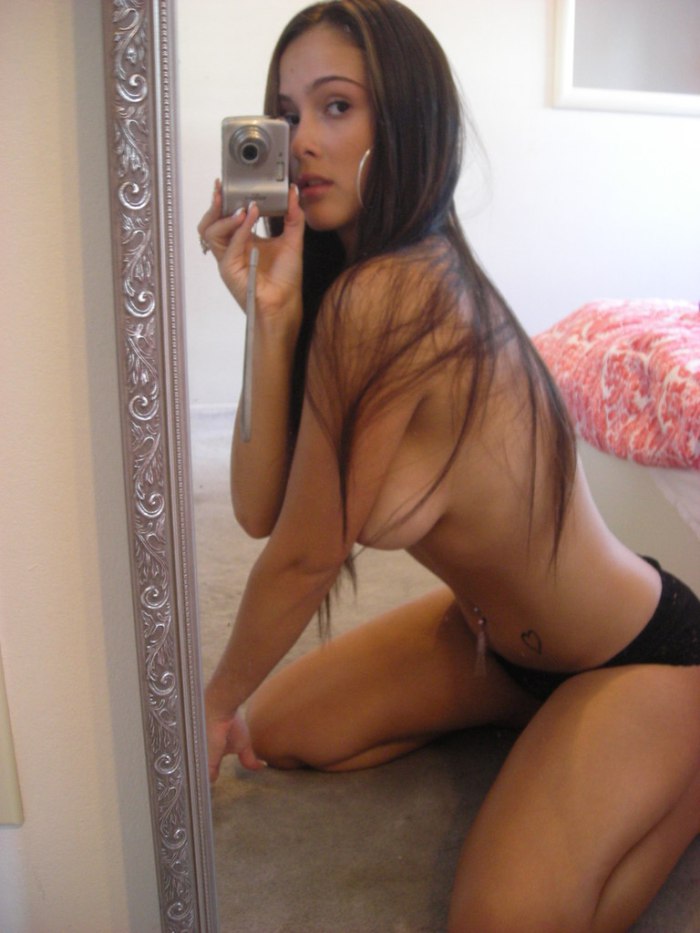 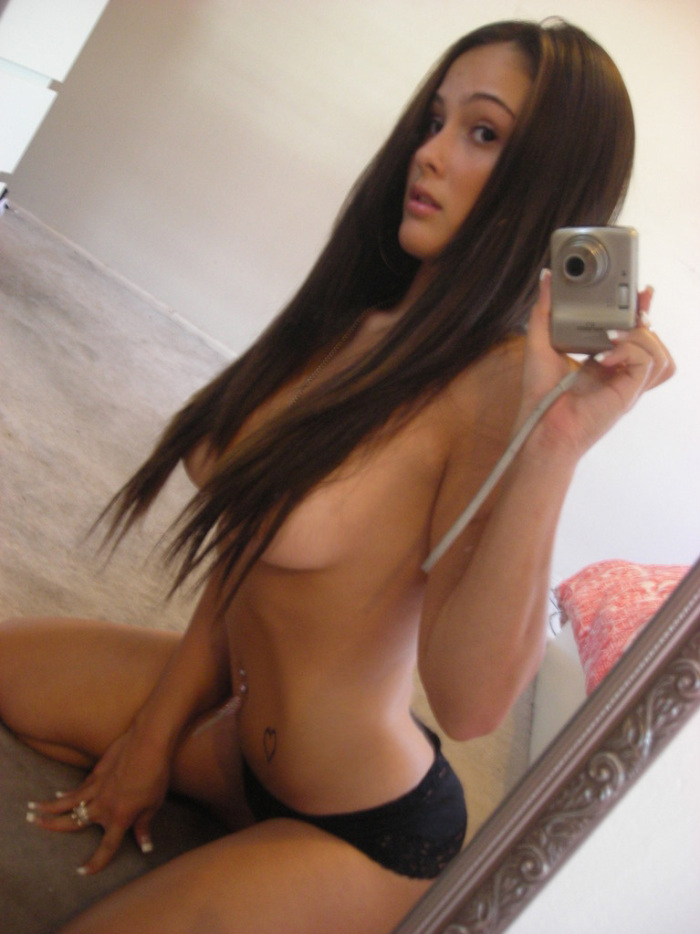 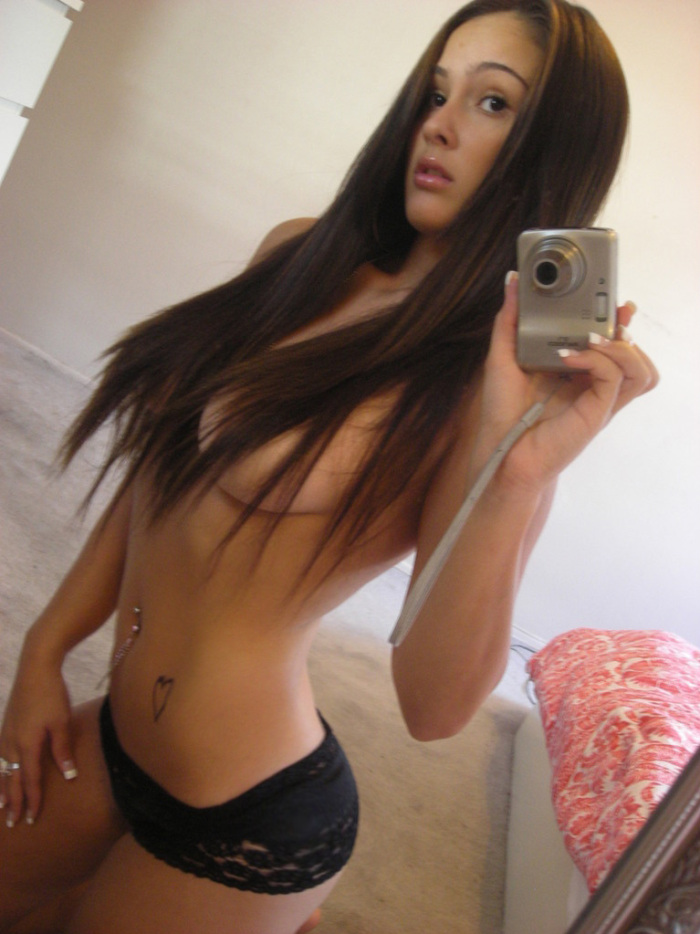 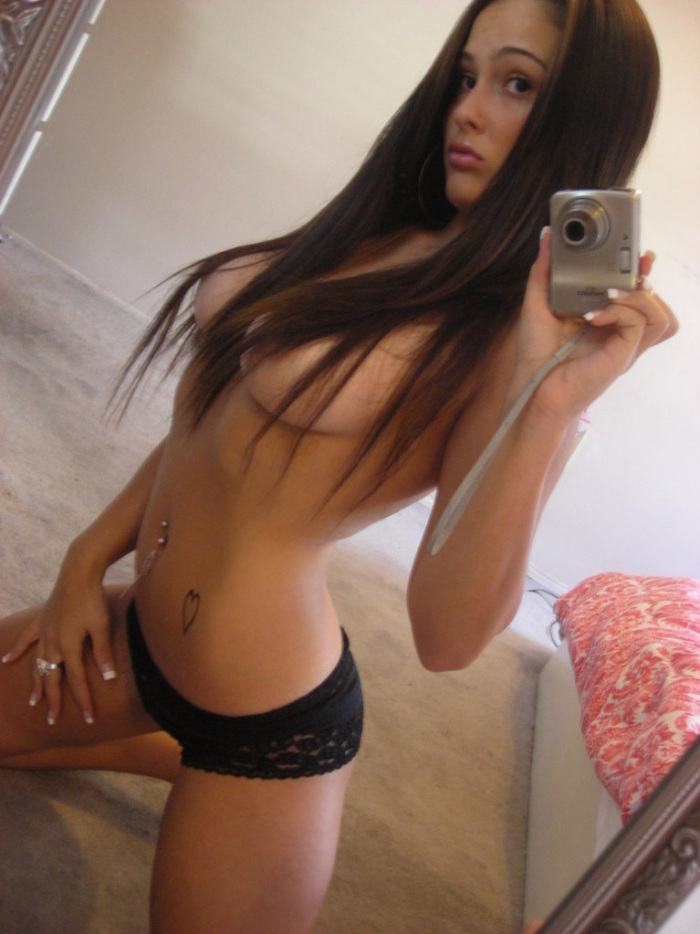 After that, I took a close look again. I looked at my breasts for some time, then I started to massage them. It just felt great and I lay down on the bed before moving on. Then my fingers found their way down. I massaged under my panties and sometime later came to my first female orgasm. "I did not think that an orgasm would feel so good as a girl," I thought, then I fell asleep.

When I woke up the next day, I didn't remember at first why I felt so funny, but then everything came back to me. I got up and looked in my closet. In some way, all my clothes had changed too. I took out a bra that I surprisingly had no trouble putting on, a black short-shorts, a white, top, and white Convers sneaker. I look at myself in the mirror. I took my camera and took another picture of me. "Hello world, im Emily!" I said and smiled.

Kathy had misjudged herself. She may have thought that this would be a punishment for me, but she had been wrong about that.