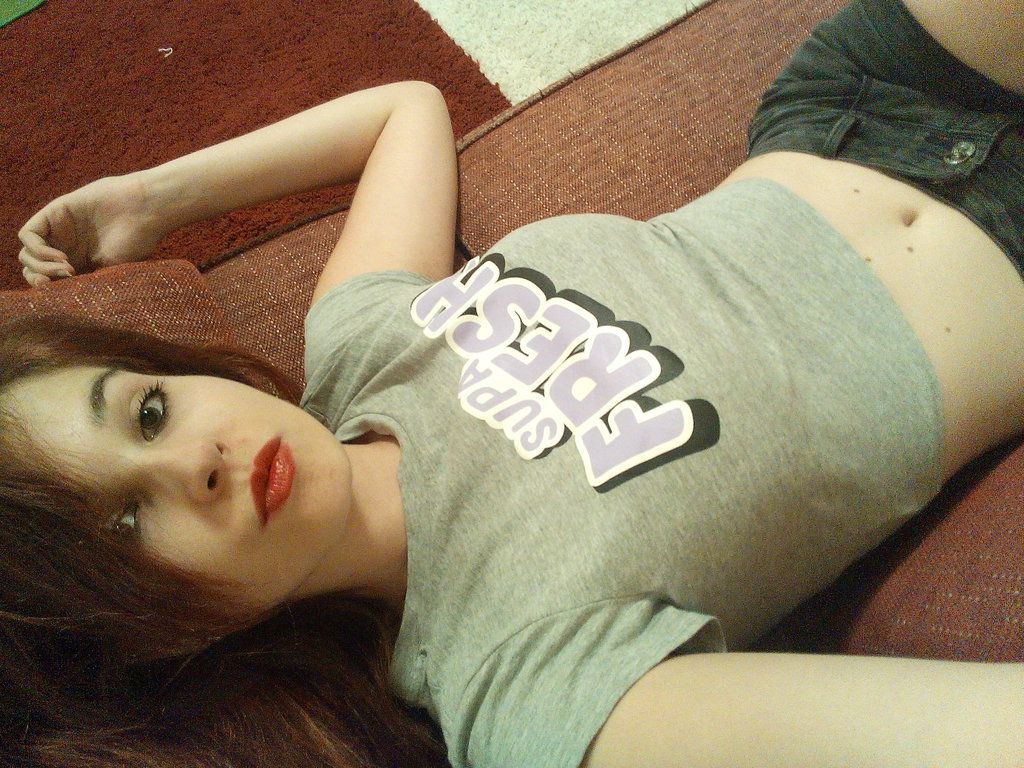 John was 18 years old and an outsider. He had only a few friends and was too shy to make contact with other people at his school. He spent much of his free time playing video games, which is why people in his class tagged him as a nerd. Often he was very sad, how much would he like to be one of the "cool" people. He would give everything to finally be accepted by the others.

One day, just as he was on his way home from school, he saw an old lady slowly crossing a crosswalk. Then he saw how suddenly a truck came rushing. It seemed like the driver was trying to slow down, but for some reason, he doesn't. John stood there shocked. The honking of the truck pulled him out of his rigidity. Without thinking, he dropped his bag and ran to the old lady, whom he grabbed by the arm and pulled to the side of the street, overpowered by his own strength he fell and hit his head on the pavement. Then he was unconscious.

When he regained his consciousness, the old lady held a handkerchief to his cheek. It was red, he seemed to bleed a little. The lady smiled at him. "Thank you, young man!" She said as John slowly straightened up. "I owe you my life! I will be grateful. Your life will be much better tomorrow, I promise you! " The lady put the handkerchief back in, smiled again and walked away slowly.

John's head was still ringing and he was a little confused. What had the lady been saying? After he had calmed down a bit, he got up, took his bag and walked slowly home. Once there, he sat down at his PC and gambled a bit until he dropped himself tired in his bed.

When he woke up the next morning, he felt a little strange. Something was different. He looked down and saw it with a shock. His field of vision was blocked by two breasts. 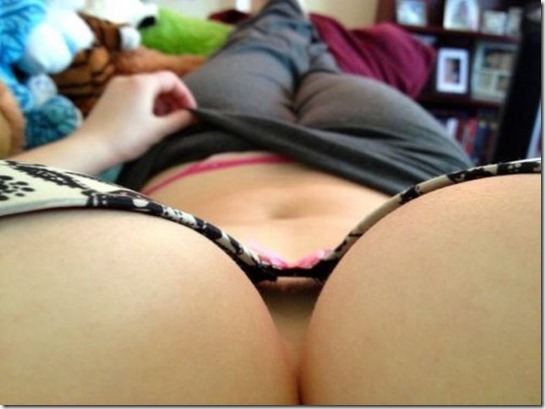 Shocked, he touched his chest. "What the fuck ?!" he said aloud. He actually had two relatively large breasts, held by a bra with a black and white pattern. Immediately, he tore off the blanket and pulled the dark gray sweatpants a little aside. He was wearing pink and white panties and he could see and feel that his penis was not there anymore. He got up, went into the bathroom and looked at himself in the mirror. The first thing that struck him was that it hung much higher than usual. So John had to have shrunk a good deal. Then he saw himself or better what he was now. From the mirror, a beautiful girl looked at him. It had the most gorgeous face he ever saw, long dark brown hair, perfectly shaped breasts, a relatively big ass and a very perfect body. He realized how he got a funny feeling in his crouch. When he looked down, he realized that he had got a little wet. The sight of this beautiful girl had excited him a little. He did not even think that that girl was himself since he had not fully realized that yet. But he still seemed to be into girls.

He went back to his room. There were some clothes on a chair. A pink top, gray leggings that had a pink top and white and pink sneakers. He dressed but paused from time to time to explore his new body. How was that possible? Then he remembered what the old lady had said. She said his life would change for the better. Was that what she meant by that? Had she turned him into this girl? Sure, of course! He would never need to be shy again with this body! The cool people in his class would finally accept him and he would be one of them! A smile flew over his lips.

He quickly got into his shoes and walked into the bathroom. As he tied his hair into a braid, without noticing how natural that occurred to him, and looked at himself in the mirror again. A new name would be nice since he could not be John anymore. He thought for a moment. Jana! He would be Jana from now on. Smiling, he or rather she looked at her reflection. "Have fun on your first day at school, Jana" she said into the mirror giggling. 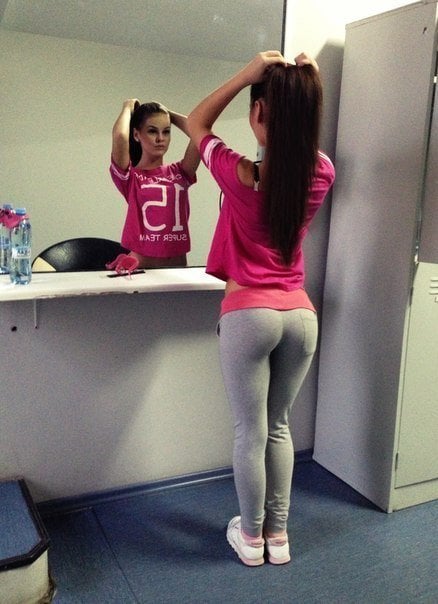 When she arrived at school, she looked for the trendy people. Once in the classroom, she saw the group of girls and ran to them. "Hi," she said softly. The others turned to her and smiled at her "Hiiiiii Jana!" Said one of the girls, Jana thought she remembered her name was Katy, and hugged her. Apparently, the memories of the others had changed and everyone knew her only as Jana. The others greeted her with a smile and a hug. This was completely new to Jana and inside she was a bit confused and shy but her body did not show any of that and she behaved like the others. The girls returned to their conversation. It was about a new clothing store that had opened in the city.

At first, Jana listened excitedly and eagerly but over time, she got more and more disappointed. The whole day they talked about what clothes were trendy and how cute the boys from the parallel class were. Sure, Jana was part of the cool people now, but this was not what she had imagined. "Why are we so unlucky?" Katy said, "Why do the guys from the other class look soooo good and why do we only have those nerds?" With a despicable look, she pointed in the direction of the class where a group of boys sat who had counted yesterday as one of Janas friends "Looser... They should finally come into reality!". Jana got angry. Did she really want to be one of those superficial jerks? It was nice to finally be accepted by the cool people, but more important to her was not to have a circle of friends made up of people who were like this.

"Much more important, the nerds should finally look good!" One of the girls said and everyone started to giggle. That was enough. Jana took a step forward, pulled out and gave her a decent slap on the face. The clapping echoed through the room and suddenly everything was quiet. No one said a word. Jana was surprised by what she had just done. But she felt good. It felt great to finally pay off to those who had constantly bullied, her or formally him, and his friends with such and worse statements. Confident and proud, she turned around and walked away from the girls' group. None of them moved, they all just stared shocked at her but apparently, no one dared to say or do anything. Or they were just too perplexed. Whatever it was, Jana did not care. She felt great.

She walked over to the group of people who were formally actually her friends. They had also watched the scenario and were just as baffled as everyone else. "Hey, what's up?" She asked casually. Neither of them said anything. Slowly, the class started to murmur again and then started to continue their loud conversations. Jana did not want to have anything to do with these girls. "What do you want from us?" asked Marc, one of Janas old friends, a little nervous and shy. "The girls are too stupid for me. What should I do with these superficial jerks?" She said and laughed. The others laughed too, though a little uncertainly.

When she arrived home in the afternoon, Jana quickly changed her clothes and dropped exhausted on the sofa. What a day. And all because she suddenly had the body of a really beautiful girl. She took her smartphone out of her pocket and took a picture of herself. Yes, she had to admit that she was really hot. But she also had to admit something else. While she and the guys talked about a video game, she realized that her body was not into girls anymore. Or not only into girls, because over time she'd realized how she felt attracted to Marc and how cute he really was. A little shy, but somehow she found that appealing. Yes, the lady had improved her life, she thought with a smile. She thought for a moment, then opened WhatsApp and sent Marc the picture she had just made.

-Wanna meet tonight and play some video games or something? -