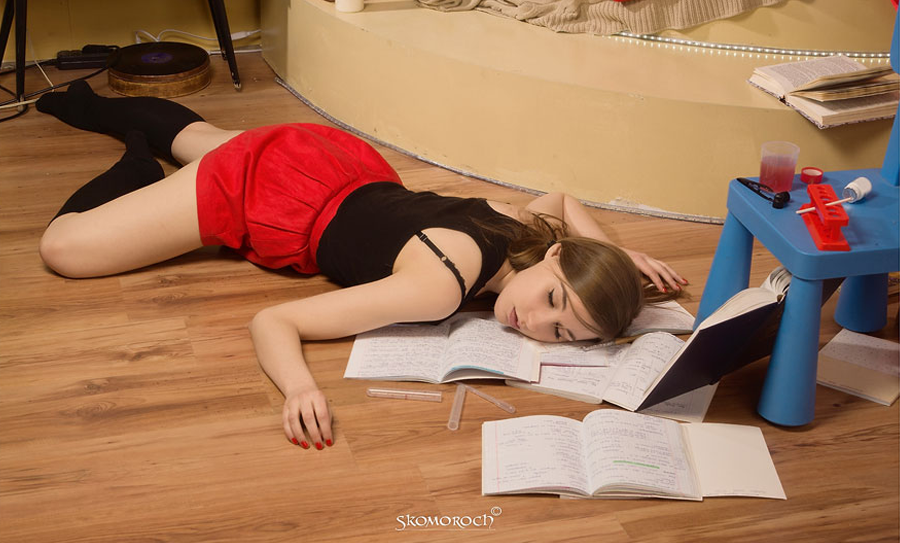 Tom was 17 years old and a very good student, but he was quickly bored by the tasks they got in the school. One afternoon he was sitting at his chemistry homework. He did not get any further, but not because the tasks were too difficult, but because he just did not see any motivation to work on the tasks. Then he came up with an idea that he could simply put into practice what they theoretically should work on. The chemicals he needed weren't too hard to get, most of them had been collected in a few hours, and the two things he needed were in the pharmacy. The teacher had told them explicitly that they treated the experiment only theoretically, as it had already come to accidents often. Tom was sure that he knew exactly what he was doing and was careful to do everything as described.

Just as he was about to dribble one of the substances he had gotten from the pharmacy into the cup, his cat jumped into the chair where he had put all his things and pushed the cup over. Tom just managed to catch it, but he dumped half the contents of the chemical into the cup, which only a few drops would have craved. "Shit!" he shouted. The mixture in the cup hissed and turned red. It began to simmer and steam and before Tom could do anything, he was surrounded by red fog.

He wanted to get up and storm out of the room but the gases seemed to numb him. He became dizzy. Why did his body feel so funny? It was almost as if he was shrinking and his whole body was changing. He looked at his hands. Was he wearing red nail polish or was he hallucinating? He looked down at himself. Since when did he wear high socks and was he wearing a skirt? He touched his body. Wait, what was that on his chest? Did he have tits? He was getting dizzier. Then he had a terrible thought. Immediately he reached into his crotch to realize with a shock that there was nothing but a gaping emptiness. Hair fell in front of his face and the numbing effect of the unknown gas took over his body and he fell unconscious on the floor.

He would make an interesting discovery as soon as he woke up.