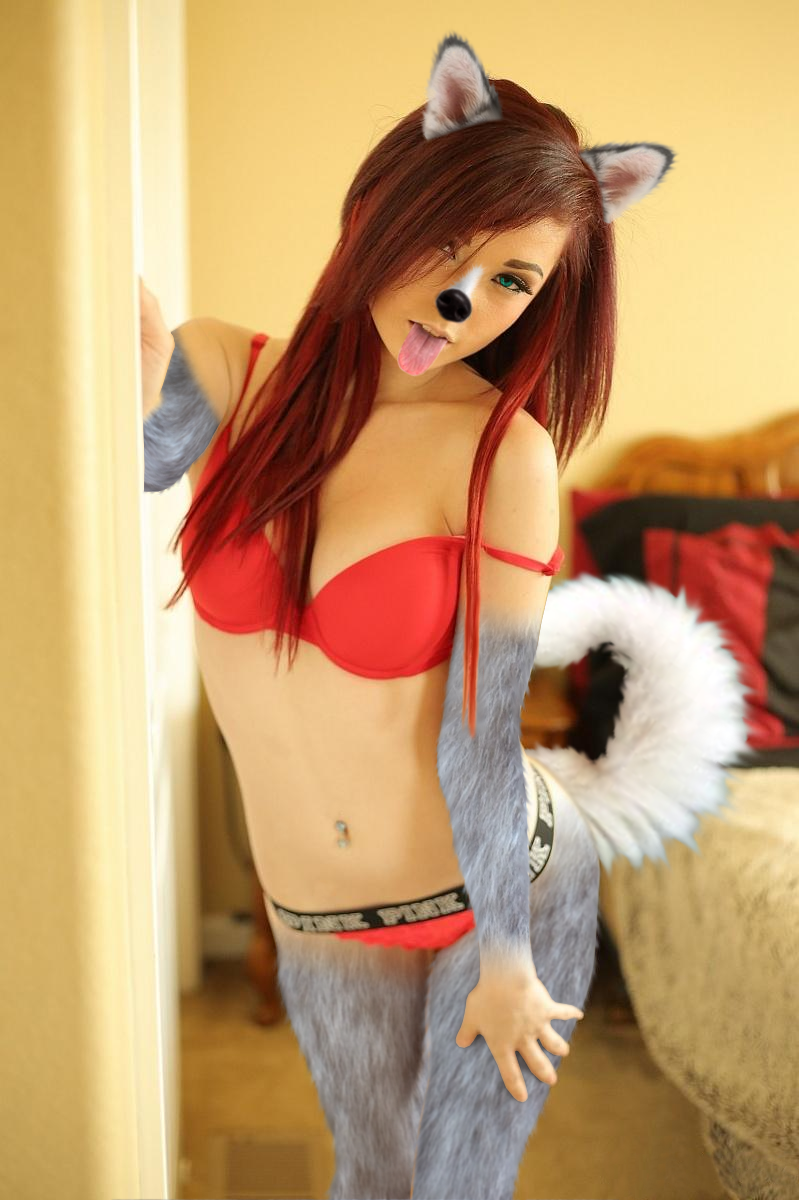 The story is a trade with TransformationHub on deviantArt. He wrote the story, I made the photo manipulations.

A young redhead happily ran down the stairs, the sound of the knocking echoing around the hallway. She hurried up to the front door and threw it open. “Kelly Gordon?” asked a man dressed in a delivery driver’s uniform. “Yeah that’s me.” Kelly smiled, her eyes fixed the small blue package in the guy’s hand. “Just sign her for me.” he said, holding out a small electronic pad. Kelly quickly scribbled her signature on to the packet. “Have a nice day.” the man smiled as he handed the lady's package over. “Finally, my new lingerie set is here.” she giggled, slamming the door shut. Kelly hurried upstairs to the privacy of her bedroom. Her fingers eagerly tore at the packaging, removing it so she could gain access to the red bra and panties. Quick as a flash, she removed her dressing gown from her frame. Kelly wiggled her legs as she pulled the panties up towards her crotch region. “Stretchy and comfortable.” she purred, a cushion like feeling brushing over her crotch and butt. “Can’t wait to give my boy his treat!” Kelly chuckled, fastening the bra around her perky breasts. A slight tingle began to spread throughout her body alongside an unexplained warmth. 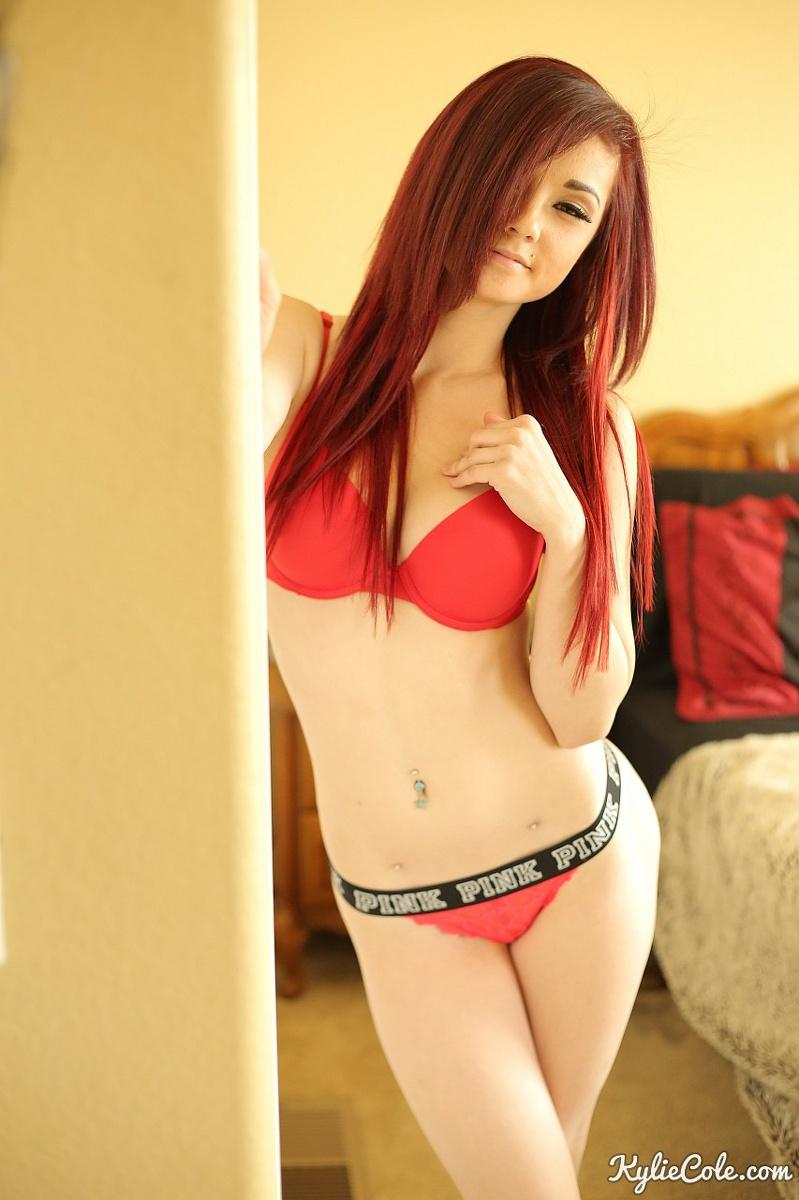 The warmth suddenly turned into a slight tingle that focused on her nose. Kelly let out a cute sneeze only to mumble in confusion. “Am I coming down with something cause my nose feels really wet.” She crossed her eyes trying to see her nose as it twitched and wiggled on it’s own. It turned upwards revealing her nostrils whilst turning black. “I can’t see it...I need my mirror!” she exclaimed as something tugged at her nose. Quick as a flash she hurried over to the mirror on the wall, her eyes widened with shock and disbelief at what had become of her nose. “No...I have had doggie sniffer…..I can’t be pretty like this.” Kelly moaned, her fingers padding her moist alien nose. A sharp yelp escaped her lips as something sharp scratched her nose. She could see, upon bring her hands up in front of her eyes, that her nails had grown darker and longer, curving inwards slightly. A sense of fear loomed over her as she felt her arms beginning to itch, she wanted to scratch but didn’t dare too incase she hurt herself. Thousands of thick grey hairs sprouted out of her lower arms, coating the skin in a hairy bandage. “What’s happening…...MMMMM….Is it me or is it getting warm in here.” Kelly moaned, her cheeks blushing. 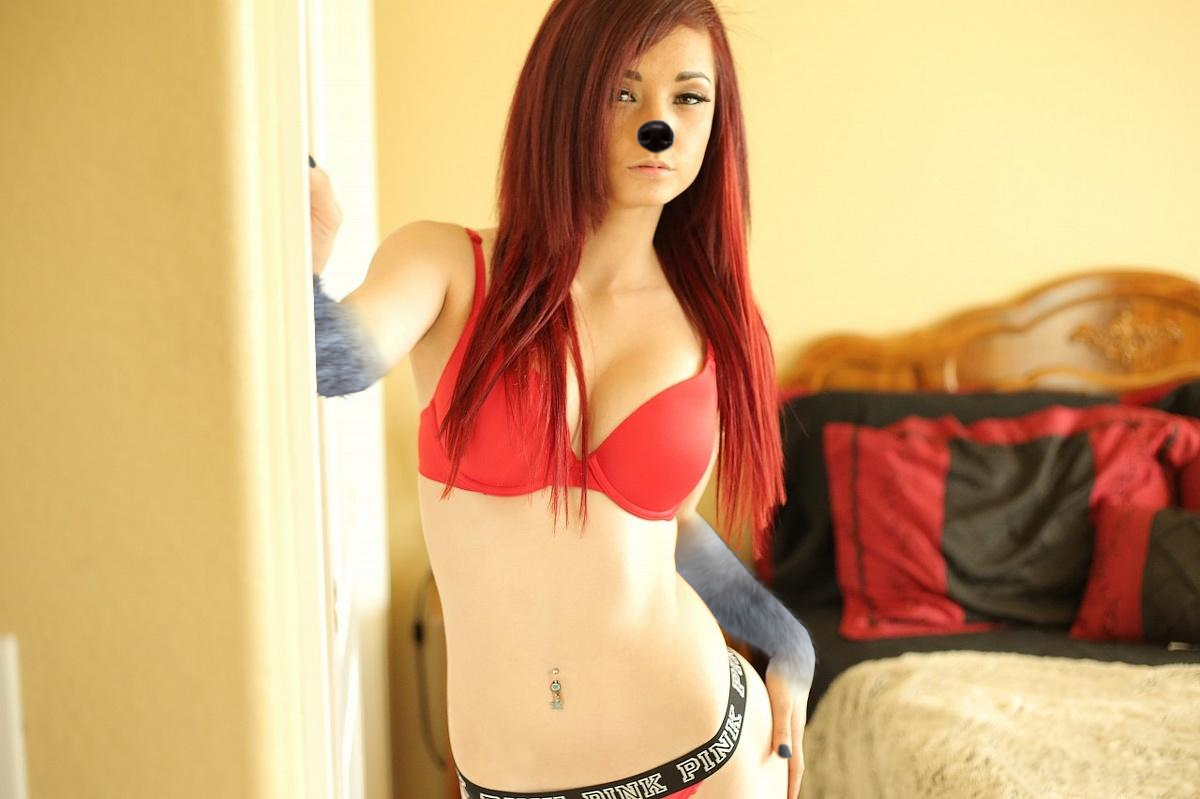 Kelly watched on as grey hairs sprouted out of her legs. The warmth within her grew whilst the thick hairs grew around her crotch region. Her eyes stared at her reflection as her nose pulled outwards slightly. “I’m turning into a dog. But how? Why?” she whined as beads of sweat formed on her forehead. Pain flared up within her ears as they stretched becoming longer and wider, pushing past her red hair. Small whimpers and whines escaped her lips at the sight of her erect nipples pressing into her bra. Kelly’s mind began to get cloudy, thoughts of strong dominate males mating with her, making her a true bitch floated around her head.. A small wet patch formed on her underwear as her sex became red and puffy. She ran a finger up her right leg, an .electrical like feeling passing through her body as she licked her lips. Her hands peeled the rear part of her underwear down, a dull ache spread through her spine as it lengthened out of her tailbone, quickly growing a thick dark grey coat of fluffy fur. Kelly’s ears twitched as she heard a set of keys jingling outside the front door... 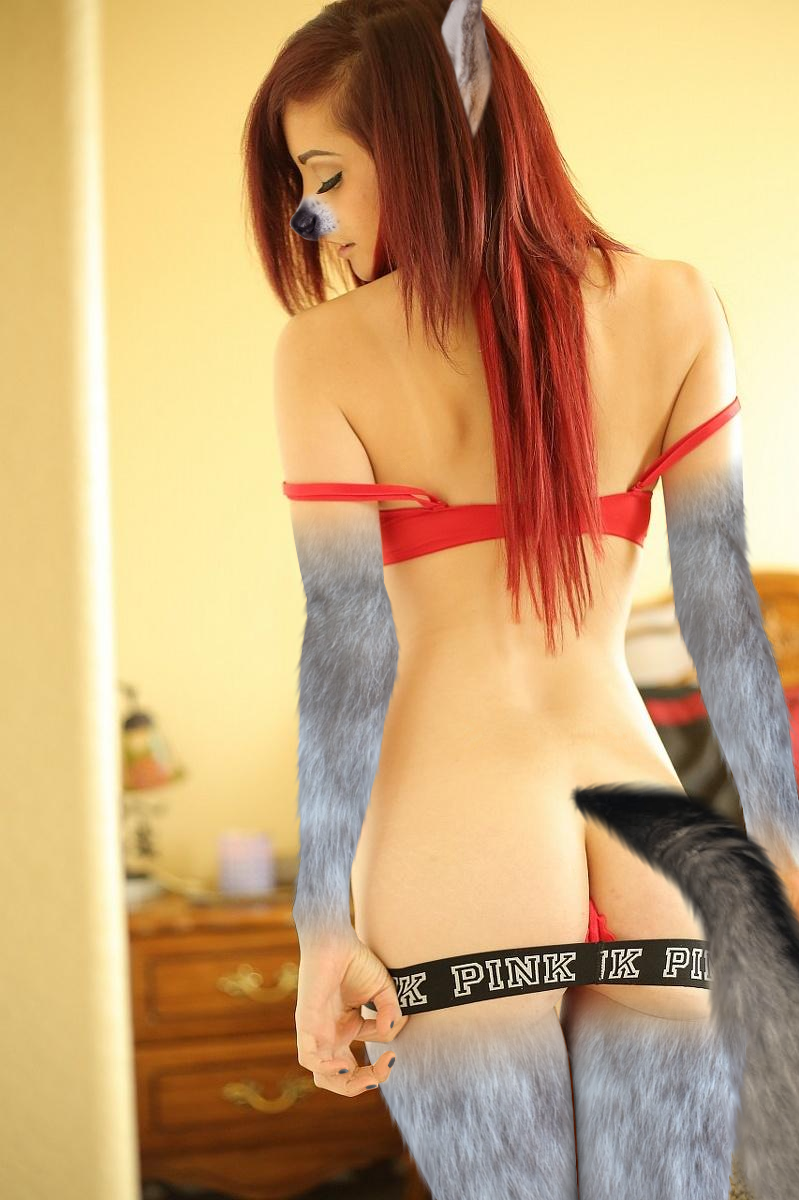 A white colour mixed in with the grey on her tail as she eagerly awaited the person at the door. At last the door opened revealing her lover Mr Jodt, she ran up to him, panting and barking, her tail wagging. The words “Master” and “Playtime” ran through her mind. “What the….” Kelly interrupted him, forcing him down onto the ground, she was in heat, in need of her master’s blessing. Her teeth sharpened allowing her to start tearing away his trousers. His confusion disappeared as he realized how needy she was, how her sexual call had increased. Jonas sighed as he let his new pet do her work with a woof and a smile.