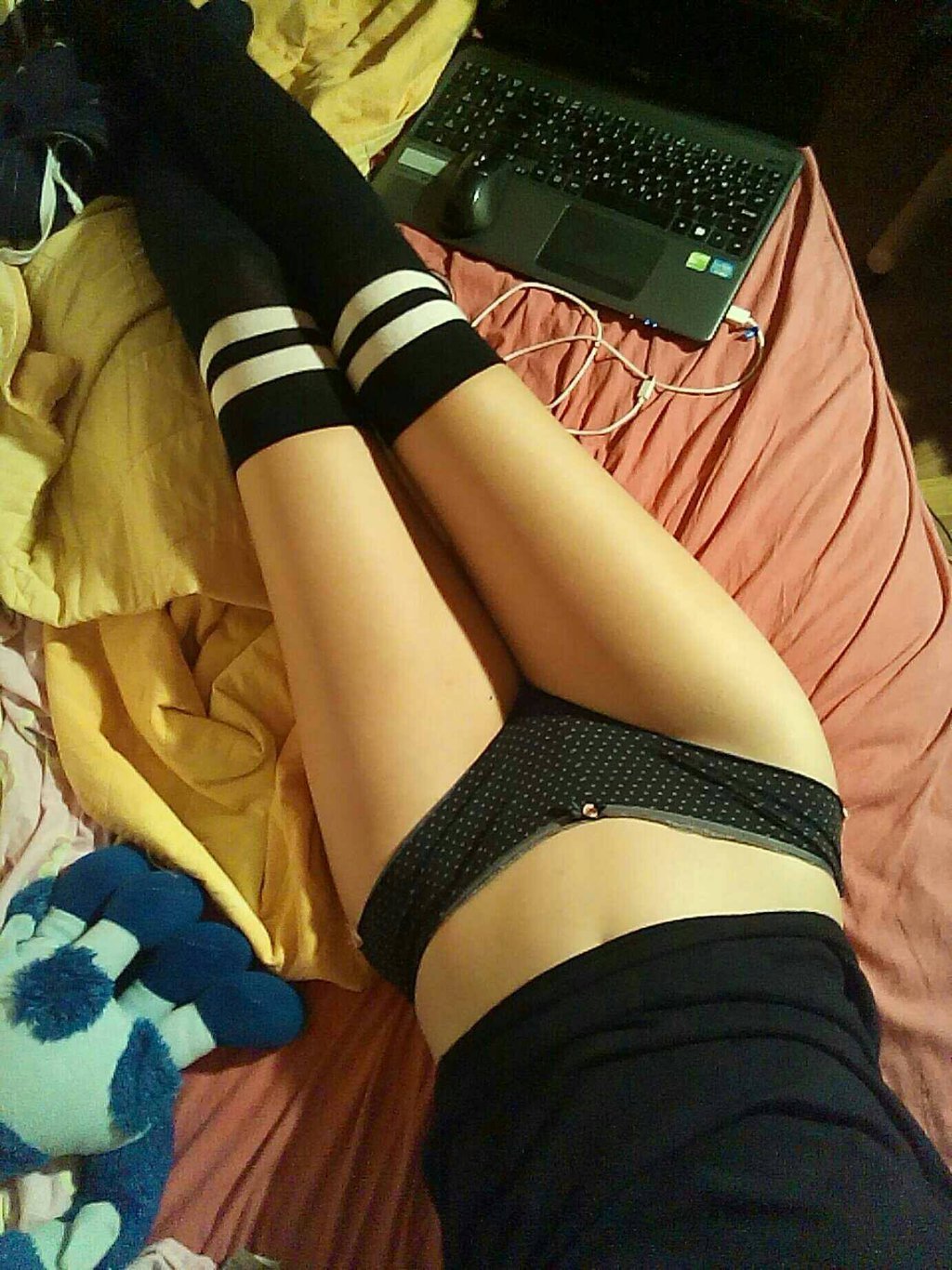 Leon was an average 17 year old boy who plays a lot of videogames. One day, while he's surfing the internet, a Pop-Up Window opens wich says: "Get every game for FREE!!!". Leon closed the Window immediately, but it reopend every 10 minutes. 3 Days later, the Pop-Up still appears and he became curious. After he checked that his antivirus program is running, he clicked on the link.

At first, nothing happened, but then he felt a tingle on his whole body and began to change. He got smaller and his shapes became delicate and feminine. On his chest, two breasts began to form and his ass inflated while his Penis got sucked into his body, leaving a slit which developed into a vagina. His hair grew and his Face changed into that of a gorgeous sweet girl. Then his clothes disappeared and new ones began to form on his body. A bra emerged around his breasts and over that, a black top. His privates were covered with a black slip and on his feets and legs, he now wears overknees.

Leon was shocked when he saw himself. He was confused and not sure what he should think, but the advertisement didn't lie. As a Gamer-Girl, every boy would give her every game she wants!